Why do we think their system is lawless and corrupt and controlled by criminals?

On July 9, 2011 South Sudan became the world’s 193rd nation. Less than a week later violence has erupted in South Kordofan, an area on the new border between Sudan and South Sudan which is controlled by Sudan and rich in oil. Not content with the seizure of South Sudan’s oilfields, the Rothschild-led Eight Families banking cartel looks set to push the new border further north, grabbing yet more crude oil from the Sudanese people.

For decades Western intelligence agencies backed the Sudanese People’s Liberation Army (SPLA) in an attempt to lop off the southern half of Sudan for the Four Horsemen of Oil. The region contains 75% of Sudan’s oil reserves. What became Africa’s longest running civil war finally came to an end when Sudanese President Omar Hassan al-Bashir was pressured into ceding the southern part of his country to the IMF/World Bank vampires after the conflict they created left more than 2 million people dead. 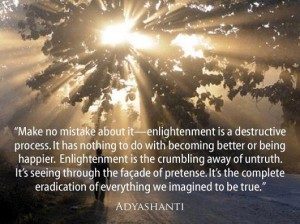 A quote from Adyashanti

We hope you, like us, are beginning to understand.