One of the intelligent and helpful questions Rhys (the young CID Officer who had a cup of tea and a chat with us) asked was, “How do you see this being resolved?” I answered that I couldn’t really see any way that would be palatable to TPTB (the powers that be) and, at the same time, compatible with our spiritual standpoint. At that time it appeared there were only two options, neither of which would be likely to be considered acceptable to TPTB:

One thing they could do is simply to return our motorhome, apologise profusely for the hardship and suffering their actions have caused us, and to promise to ‘turn a blind eye’ to the fact that we would not comply with their system; a way of admitting that the state is lawless and corrupt and that such a system cannot bind someone who is genuinely aspiring to lead a spiritual life. This would be difficult for TPTB because it would open the door to others who would take the same position we have: that the state is lawless and corrupt and therefore cannot bind anyone who chooses not to associate with it for ethical reasons.

Alternatively (and, by the way, positively the best outcome, in our opinion), TPTB could address the lawlessness and corruption, rounding up and disempowering the criminals who currently pervert and corrupt society. Once that is achieved we would hope to find this a society that we can take part in with a clear conscience. We are not such naïve optimists that we believe there is any realistic chance of this happening at this time.

After Rhys left, and following some contemplation on the subject, a solution that had filtered into my consciousness some time ago, near the beginning of this journey, resurfaced: if each person involved in the case simply declined to carry out their duties then, without setting any general precedent, no action would be taken to destroy our home. How could those involved at Autolift, in the police, council, DVLA justify such action (or, in this case, inaction)? It is easily justified by the fact that to destroy our home would be unlawful. Ever since the Nuremberg warcrimes trials “Only following orders” is no defence; many were hung for executing unlawful orders.

Isn’t it unlawful to drive on the roads without a valid vehicle excise licence? We have always been led to believe so but let’s examine what ‘lawful’ means: To be lawful a rule must apply to all equally. A rule that does not apply to everyone cannot bind anyone. We have been deceived into believing that the Acts and statutes imposed upon us are laws but they are not. Rather, they are legislative rules of society, given the force of law by the consent of the governed. To apply to you, you have to be a member of the society in which they are in effect and you have to consent to them. Some may argue that only the ‘society’ needs to consent as a whole and that when it does so, any such laws become binding upon all the members of that society.

Can a ‘society’ consent to anything? Is there, in fact, any such thing as a society? Society is a concept – in much the same way that a woodland appears to be an entity even though there is no such thing as a wood as such, ‘woodland’ is merely a collection of trees. If you doubt it, ask the following question: how many trees must there be growing together before they can collectively be referred to as a ‘wood’? One tree on its own will not warrant that description. Two trees together are unlikely to merit it. Three, four or five may justify the term ‘copse’, but for it to be a woodland, how many trees are necessary?

There are ‘laws’ we can recognise; gravity, for instance, is a law, since it applies equally to all, wherever you go in the universe. Not only that but it appears to be impossible to ‘break’ the law of gravity; we may be able to defy it to an extent by employing a stronger force in order to overcome its effects for a brief period but always the force of gravity is performing its role. Break any natural law and the reaction from nature is immediate; ‘instant karma’, you might say. For instance, if you are not paying attention some accident will result; knock over a cup and the just punishment is immediately imposed: you are presented with the necessity of cleaning up the mess.

What is promoted as ‘law’ in our society is in fact a body of conventions, agreements and codified rules; arbitrary at least to the extent that they vary from place to place, from society to society and even within individual society, depending upon artificial distinctions such as class or economic status. Anything that is arbitrary cannot be considered to be a law.

Some people insist that “If you don’t like our ‘laws’, why don’t you leave the country?” This was recited to Kazz by a policeman (who should know better) on the night our home was kidnapped. Pause for thought a little though: If you join the Boy Scouts then you become subject to all the rules that apply to boy scouts. If you find that those rules offend you ethically and spiritually then the remedy is simple: you resign from the scouts; you don’t have to leave the country. Indeed, if you did leave the country it would only be to discover that there are boy scouts in most other countries too. That is the situation here too: there must be a mechanism by which we can remain in the country but resign from the, currently lawless and corrupt, society. There was never informed consent for the so-called ‘social contract’ and any contact requires a meeting of minds; something that appears to be impossible when the party of the one part is leading a spiritual life and the party of the other part is lawless and corrupt.

There is a great deal of further explanation I could endeavour to convey here but this is in danger of becoming one of those tracts marked TLDR (too long, didn’t read). So I shall focus on the law and conventions that will provide justification for any agent of the DVLA to decline to follow orders with regard to our home:

1. Article 8 of the European Declaration of Human Rights affords us all protection of our home and privacy. You will be told that there are some weasel clauses in the declaration that have the affect of undermining the rights it professes to enshrine. This is very common with legislation that purports to protect your rights: it bestows rights upon you in the first clause and then whittles them away with the remaining ones; a disingenuous deception intended to leave you with the impression that the legislation is for your benefit when really it is entirely to your detriment.

If legislation is not for our benefit then what is it for and why should we be bound by it? If rules are created that merely recite a principle that is natural to you then what is the need of the rule? If a rule is applied that goes against your nature or, indeed, The Nature, then it cannot be in any way rational or just.

2. The Bill of Rights (1688) affords us free and unhindered travel on the highways and byways, and Wills J said, in Ex Parte Lewis, “The only ‘dedication’ in the legal sense that we are aware of is that of a public right of passage of which the legal description is ‘a right for all Her Majesty’s subjects at all seasons of the year freely and at their will to pass and re-pass without let or hindrance.’

Furthermore, Lord Irvine, in DPP v Jones and Anor said, “The law should not make unlawful what is commonplace and accepted.”

3. The Bill of Rights also offers protection from unreasonable fines and seizures, stating “We will not impose fines or forfeitures on any person without conviction.” and further, “We will not amerce (fine) anyone except in proportion to the offence.” and “We will not ammerce a merchant of his merchandise; nor will we amerce a workman of his tools.”

Plainly, to coerce a spiritual teacher into engaging with a criminal state forces him into hypocrisy, rendering his ability to provide any valuable spiritual insights null; the equivalent of amercing a merchant of his merchandise or an artisan of his tools.

4. Unquestionably, the seizure of our home without conviction is unlawful in the context of the Bill of Rights and, to quote Swift J in R v Donovan (1934), “If an act is unlawful in the sense of being in itself a criminal act, it is plain that it cannot be rendered lawful because the person to whose detriment it is done consents to it. No person can license another to commit a crime.”

To damage or dispose of our home, our motorhome, would be a most gross tort against us and damages under tort run to seven times the injury suffered. Limited liability does not protect someone from a Commercial Lien, since it is taken out personally on the individuals who cause the harm.

I’m sure there is more I could add but here we are making do in tents on the side of the busy A41, so researching and writing are difficult.

Currently we have Alan, Andy and his son Dean at the fire. Perhaps we will find time to post some more later but for now I beg patience so I can be with these friends. 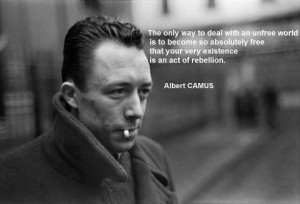 9 thoughts on “How Do We Resolve This?”